The second death of politics

The second death of politics 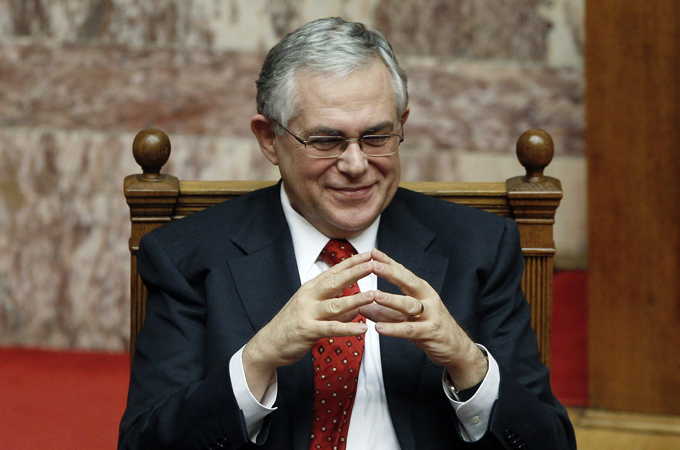 Technocratic governments - such as Papademos' in Greece - tend towards oligarchy, not democracy [Reuters]

The recent rise of technocratic governments in Italy and Greece is the culmination of a process that has been unfolding in Europe over the last 20 years. Since the collapse of the Soviet Union and the subsequent triumph of neoliberal ideology, there has been a trend toward de-politicisation, a wholehearted embrace of the neoliberal order apparently devoid of a viable and promising alternative.

Politics died its first death in celebrations of a growing consensus that communism was a thing of the past, sealed by Francis Fukuyama's diagnosis of the end of history. Apparently lacking a clear enemy, neoliberalism was ready solemnly to declare its worldwide hegemony.
Italy's new government sworn in

To be sure, we also observed flashes of political polarisation in the post-9/11 world. The threat of global terrorism, which resurrected the ever more amorphous figure of the enemy, and more recently, the intense mass protests against austerity measures were only two of the most salient, if divergent, facets of this counter-tendency.

While the fear of terrorist attacks served to consolidate neoliberal ideology, attractively packaged as the sole bastion of freedom and security, the protests coincided not only with the economic but, above all, with the ideological crisis of neoliberalism, no longer able to promise consistently improving standards of living within the conceptual framework of open-ended progress it inherited from the optimistic nineteenth century. The protesters have done nothing less than revitalise politics by reminding us of the clear division between the "99 per cent" and the richest one per cent of the population. They have re-invented the idea of the enemy along class lines, all but ideologically erased by triumphant liberalism, which contributed to an unheard-of increase in economic inequalities.

It is, in the first instance, this crisis of ideology that explains much of what is going on in Europe (and, to a lesser extent, in the United States) today. When it comes to the draconian austerity measures, approved in the so-called "debtor countries", including Greece, Portugal, and most recently Italy, there is a marked shift in political discourse. Rather than emphasise the advantages of late capitalism to everyone involved, politicians increasingly resort to the quasi-religious rhetoric of sacrifices meant to preserve the untenable economic status quo. The contrast between such rhetoric, eerily reminiscent of the speeches by 20th century dictators (Francisco Franco in Spain, Benito Mussolini in Italy, António de Oliveira Salazar in Portugal) and the technocratic nature of the new regimes is glaring. And yet, in the absence of ideological fig leaves, the technical-economic management model of government coexists, in perfect unison, with the elevated pathos of religious tropes. Between theology and technocracy, politics has no place of its own.

Technocratic governments may come to power through different paths, but the result is invariably the same. In Greece and Italy, under the pressure of the global markets, the respective resignations of prime ministers George Papandreou and Silvio Berlusconi paved the way to the EU-backed appointments of Lucas Papademos and Mario Monti, bypassing the procedural exigencies of democratic elections. In Portugal and Spain, the elections of Pedro Passos Coelho and Mariano Rajoy installed leaders whose political styles and proposed solutions to the crisis are strikingly akin to those in Greece and Italy. So, if it is not their rise to power that determines the essence of technocrats, then what does?

"Technocratic regimes entail, by default, an abdication of the political decision-making capacity."

First, the managerial approach to politics, coupled with the new leaders' business backgrounds, is crucial. The vast and deep cuts to the public sector, welfare programmes, and social services are treated as though they were a political-economic extension of the logic inherent in company downsizing, allowing businesses to survive tough economic times in a "leaner" condition. Countries turn into nothing but giant and rather unprofitable (for a vast majority of their citizens) corporations, where eroding social security nets aggravate the situation of those multitudes of workers who have been and continue to be fired by private companies.

Second, and relatedly, technocratic regimes entail, by default, an abdication of the political decision-making capacity. Where a country is run as an economic corporation, the iron laws of the market dictate the course of action, without leaving much freedom of choice to those in the formal seat of power. Technocratic governments are the unabashed mediators, the nearly superfluous intermediaries, between the global markets and the citizens; indeed, they are nothing but the faces or personifications of these economic institutions. Their "decisions" are the decisions of global capital itself, which is why the technocrats tend to state that they do not like introducing unprecedented budget cuts but have no other choice.

The bottomline is that technocracy signals a massive shift of power, at least on the symbolic level. Translated from Greek, this term literally means "the power of artifice", while, conceptually, it embodies an old utopian ideal of things administering themselves. The illusion of technocracy is that it is capable of evacuating the personal element from politics, which turns into the dispensable means in the self-regulation of the essential economic order. From the dictatorship of persons we transition to the dictatorship of things; the organisation of the polity becomes dependent less on the arbitrary element of decision-making and more on the "iron laws" of the market.

Unfortunately, even such a staunch enemy of capitalism as Vladimir Lenin fell prey to this illusion, when in his The State and the Revolution he envisioned the communist dissolution of the state in economic self-administration. For a technocrat, then, politics is but a withering appendage of economics.

It is ridiculous to think, however, that things would be able to administer themselves: the fantasy of technology as the saviour of humanity perished along with the rest of the liberal narrative, glorifying endless progress. The smokescreen of technocracy veils from sight highly interested, partial decisions that work in favour of the few and to the disadvantage of the many. Technocracy is utterly incompatible with democracy; if anything, it is a disavowed form of oligarchy, a degenerate mode of aristocracy where the few rule.

In the case of the "pure" technocrats in Italy and Greece, their academic backgrounds do little to substantiate claims - prevalent today - to the effect that these few are, in fact, experts and that their knowledge base can help their countries overcome the crisis that shows no signs of abating. The field of mainstream economics, for example, is an academic handmaid of actual capitalist profiteering and the kind of knowledge it generates is, in part, responsible for the onset of the crisis. Expecting rescue from those versed in the discourse of neoliberal economics is analogous to putting hopes into the rock tied to one's feet and pulling one further into the deep.

After having dissolved in the one-dimensional consensus of neoliberalism, politics dies a second death when technocracy dispenses with the last shreds of sovereignty and meaningful decision-making processes. We are not living at the dawn of the Platonic "politics of truth", where power is finally grounded in knowledge. On the contrary, we inhabit a scenario that, for Plato, would have been nightmarish, a symmetrical inversion of his ideal polity: technocratic managers instead of philosopher-kings; techne instead of episteme (knowledge aimed at understanding); oligarchy instead of aristocracy…

At the same time, the de-politicisation of the institutions of power, uncannily reminiscent of the ideal "politics without politics" promulgated by 20th century dictatorships, coincides with the inverse trend toward a politicisation of the citizenry, outraged with their systematic impoverishment. As those who experience this contradiction most intensely, people in southern Europe may thus find themselves at the forefront of an attempt at reimagining politics after its second death.

Michael Marder is the Ikerbasque Research Professor of Philosophy at the University of the Basque Country, Vitoria-Gasteiz. He is the editor, with Patricia Vieira, of the recently published collection Existential Utopia: New Perspectives on Utopian Thought (Continuum, 2011). His website is michaelmarder.org.


The views expressed in this article are the author's own and do not necessarily reflect Al Jazeera's editorial policy.

Re: The second death of politics