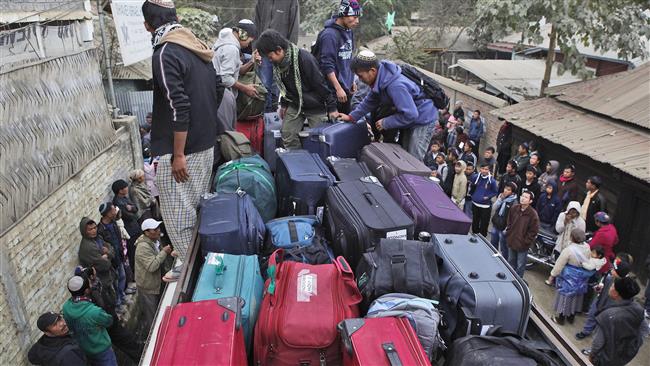 People from India’s Bnei Menashe community load their luggage on a bus as they prepare to leave for airport from Churachandpur, India, on December 20, 2012. ©AP
The Israeli regime is under fire for a secret plan to renew the permission for the immigration of members of a Jewish tribe in northeastern India to the occupied Palestinian territories.
Earlier this week, Ksenia Svetlova, an opposition member of the Knesset (Israeli parliament), wrote a letter to Immigrant Absorption Minister Zeev Elkin denouncing Tel Aviv’s recent decision to bring 700 Indian nationals to Israel.
Svetlova said the move contradicts the regime's latest measure to prevent the immigration of members of the Ethiopian Jewish community over budgetary considerations.
“It turns out there is a budget. While the Ethiopian Jews are being left behind, quietly and secretly hundreds of members of the Bnei Menashe community, who identify as descendants of one of the 10 lost tribes, are being brought over,” she said.
While the Ethiopian citizens are living in dire conditions, the Indians “whose Jewishness has yet to be clarified, are being brought over with urgency,” she said.
The newcomers will be settled in illegal settler units in the occupied West Bank settlements, the Knesset member said, adding, “And all this is happening away from the public eye.” 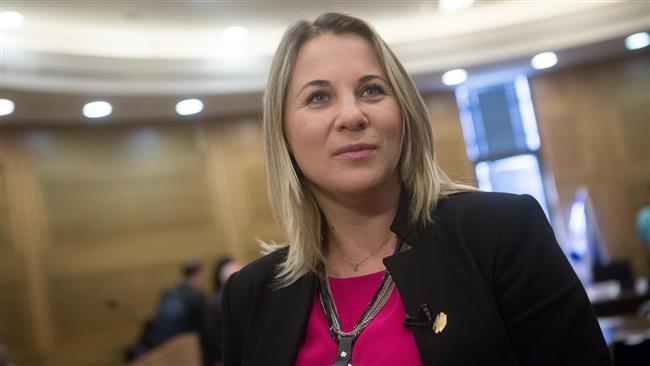 Ksenia Svetlova, a member of the Israeli Knesset
The Bnei Menashe say they have descended from Jews banished to India in the eighth century B.C.
A senior Israeli rabbi recognized the community as a lost tribe in 2005 and about 1,700 moved to Israel over the next two years before the regime stopped giving them visas.
A private organization called Shavei Israel, headed by American-born Michael Freund, a former aide to Israeli Prime Minister Benjamin Netanyahu, runs the campaign for the Bnei Menashe relocation.
Last month, the Israeli regime halted plans to bring over another 9,000 members of the Falash Mura community from Ethiopia. This is while Ethiopians have repeatedly complained about discrimination by Israeli authorities against Jews of African descent.